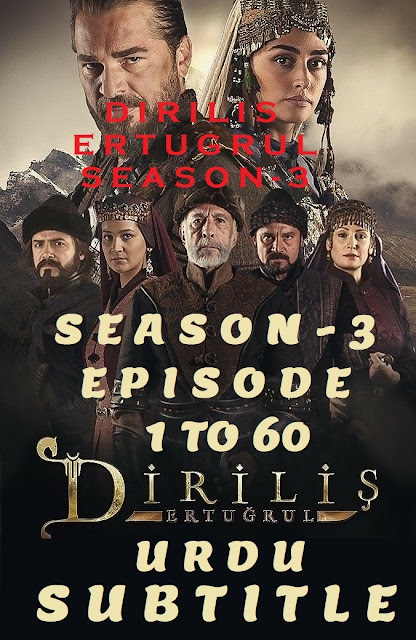 In the third season, Ertugrul deals with the Cavdar tribe, the most powerful tribe in the western region of Anatolia. Led by Candar Bey and his children Ural, Aslihan, and Aliyar, the Cavdars are very skilled at trading. However, Ural is devious and seeks his father’s beylik, and does anything to achieve this. Following Ertugrul’s conquest of the Hanli Bazar, Ural Bey is sentenced to death for his role in destroying property, killing Ertugrul’s Alps, and killing the Tekfur of Karacahisar. With the help of Emir Sadettin Kopek, Ural is freed and seeks help from Vasiliyus the new commander of Karacahisar, who seeks a bloody war with the Turks. Ertugrul bands together with Aliyar Bey to defeat Ural and Vasiliyus, but Aliyar Bey dies along the way. Savci, Etugrul’s son is born and Bamsi marries Helena who later becomes Muslim and changes her name from Helena to Hafsa Hatun. To strengthen his ties with the Cavdars, Ertugrul requests Turgut to marry Aslihan, who accepts. Ertugrul is also given the title of Uc Bey by Sultan Alaeddin, which angers Kopek who vows to destroy Ertugru Dirilis Ertugrul Season 3 Urdu Hindi Watch Online